Welcome to the official QuickSwans homepage.
Here you can find some gold parts of QS-History, videos, some specials and much more.
Feel free to take a look 🙂

QuickSwans was founded in 2012 by Frank. It’s first step has been made in the 3on3 League called “Haxball-Galaxy” with Frank as manager and a 4-Players-Squad involving

Samuel.
With Rautovic as goalkeeper, Becky as Midfielder and the nice strikers Lia and Samuel QS was able to win it’s first season ever played.
Right after that success QS joined it’s first 4on4 League which was the romanian FRH. For this league some other never forgotten legends like

ArjenRobben joined QS. After some nice games QS ended on 2nd Rank right behind the Champions “HaxFiction”.
QS then signed up for YeS and FM and that was when it all began …….. 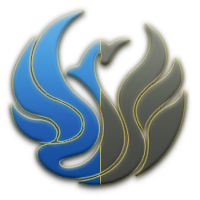